Eight major problems in the quality of power engineering

(Summary description)On April 22, the National Energy Administration promulgated the “Special Supervision Report on the Quality of Electric Power Construction Projects” (hereinafter referred to as the “Report”). The “Report” lists eight major problems in the construction of electric power

Eight major problems in the quality of power engineering

(Summary description)On April 22, the National Energy Administration promulgated the “Special Supervision Report on the Quality of Electric Power Construction Projects” (hereinafter referred to as the “Report”). The “Report” lists eight major problems in the construction of electric power

On April 22, the National Energy Administration promulgated the “Special Supervision Report on the Quality of Electric Power Construction Projects” (hereinafter referred to as the “Report”). The “Report” lists eight major problems in the construction of electric power, among which “the quality control measures for construction projects” Not in place, some engineering entities have outstanding quality problems, "supervisors are not performing well, on-site supervision institutions are ineffective", "mandatory construction of mandatory standards for construction is not in place, and design and construction violations are in the top three, accounting for 21.1 respectively. %, 14.7%, 12.1%.

It is reported that the National Energy Administration started the special supervision of the quality of power construction projects in July 2014, and carried out 81 projects in Liaoning, Jilin, Anhui, Shanxi, Jiangxi, Gansu, Hunan, Guizhou, Inner Mongolia (Mengdong) and other provinces. Inspection and discovery of 935 cases, including 477 quality management issues and 458 physical quality problems.

The Report categorizes the problem into eight aspects (see chart) and points out the relevant units in question in the form of cases. According to the statistics of the enterprises to which the project belongs, the 40 cases disclosed in the “Report” involve a total of 43 units. The two major power grid companies, the five major power generation groups, China Power Construction, and China Energy Construction are among the best. In addition, it also involved 11 cases of local power groups, a total of 10 units.

It can be seen from the data that “the quality control measures for construction projects are not in place, the quality problems of some engineering entities are outstanding”, “the supervisors are not performing well, the on-site supervision institutions are ineffective”, and the implementation of mandatory standards for engineering construction is not in place, design, Problems such as violations in construction are more serious, accounting for nearly half of the total.

It is understood that the Hunan New Energy Zhuzhou Longting Longfeng Wind Farm Project has cross-cutting problems. The 110 kV booster station construction unit Zhongshui Power New Energy Zhuzhou Wind Power Co., Ltd. has not completed the unit project acceptance, has not established the start acceptance committee, and has not The transfer of production handover procedures and the fire protection facilities in the station are not put into use by the fire department, and the project is put into operation. The construction project of the 11th Bureau of the 110kV booster station will be subcontracted to the third party. In addition, Hunan Hydropower Co., Ltd., a construction unit of China Hydropower New Energy Zhuzhou Wind Power Co., Ltd., hired Hunan Jianghai Science and Technology Co., Ltd. without the qualification of “Power Engineering” professional supervision, resulting in chaos in construction management, and some projects were not accepted and put into operation.

According to the "Report", projects such as Hunan New Energy Zhuzhou Longting Longfeng Wind Farm, which have serious violations and violated the mandatory standards for engineering construction, have been ordered to stop work and rectify and punished according to law. In addition, the Hunan Provincial Electric Power Company Jixian Power Plant - Chuanshan 500 kV transmission line project, Anhui Electric Power Company 500 kV Feinan Substation Project, etc., there are cross-problems, the National Energy Administration has ordered the relevant units to carry out rectification.

It is understood that during the supervision and supervision process, the on-site inspection team issued 65 rectification notices and issued 2 suspension orders.

Need to improve the regulatory system

"This special supervision, the number of cases notified by name, the promotion of the content of the rectification, and the punishment according to law are unprecedented." The "Report" interpretation document pointed out that in the field of power engineering quality supervision, the regulatory power is obviously enhanced, and the supervision of outstanding problems .

In view of the current rapid development of China's electric power, large scale of construction, high technical difficulty, and many external risk factors, the "Report" proposes to further strengthen the overall coordination of construction, power, water conservancy, quality inspection and other administrative departments, and clarify the quality supervision of power engineering. Management responsibilities, implement the supervisory responsibilities of all parties, establish a long-term working mechanism for communication and coordination between departments, information sharing and joint law enforcement, form a joint force of supervision, promote enterprises to fulfill their social responsibilities, scientifically and effectively control and reduce engineering quality and safety risks. 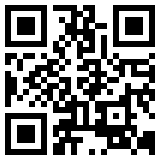